Home SERVICE DOG Should a Service Dog be Spayed or Neutered?
SERVICE DOG

Should a Service Dog be Spayed or Neutered?

Whether or not you are a first-time pet parent, you may have heard or read many conflicting reports and myths about spaying and neutering that could make you think: Will it change my dog’s personality? Will it decrease my dog’s intelligence or ability to learn and play? Will it make my dog fat? Is the surgery safe?

When it comes to the Service Dog, things can get more complicated. If you’re not sure what to believe, read the veterinary facts and data from scientific reports to help you make a decision about spaying and neutering.

What is spaying and neutering?

Let’s start by clarifying the difference between spaying and neutering.

Spaying is the sterilization procedure that female dogs undergo, which involves removing their uterus and ovaries. Neutering affects male dogs who are sterilized by removing their testicles.

Service Dogs are usually altered to provide easier care for the handler. Neutered male dogs are often much better behaved, and they won’t want to roam away from home to find a mate. Spayed female dogs don’t require special hygiene practices, and the handler needs to make less effort to supervise male dogs. Besides, working Service Dogs shouldn’t get pregnant and get distracted by the offspring as their handlers need them. Male Service Dogs shouldn’t have to face the distraction of female dogs in heat or the urge to mate.

But is Service dog spaying/neutering mandatory?

That depends on the laws of your area, the breeder, the program you are participating in, and the individual dog in question. SDTSI recommends or requires alteration of working Service Dogs and Service Dogs in Training.

If you still cannot make up your mind, or you want to learn more about spaying and neutering, the following points can be helpful! 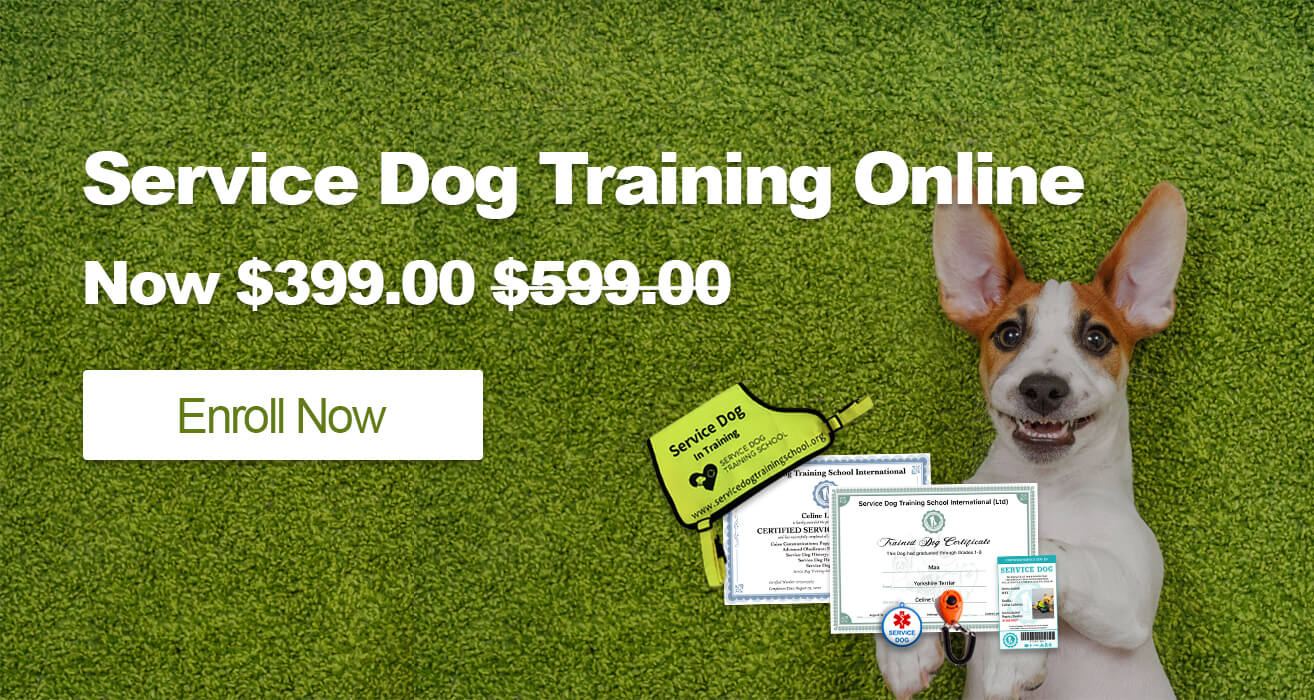 The advantages of spaying and neutering

The advantages of neutering your dog generally outweigh the disadvantages.

For the male, the advantages include the following:

• Reduces the tendency to roam

• Reduces risk of prostate problems developing in the older male

In short, he’ll be easier to live with and easier to train. Neutering also curbs the urge to roam or run away. So if the front door is left open by accident, he won’t go miles to find a female in season. 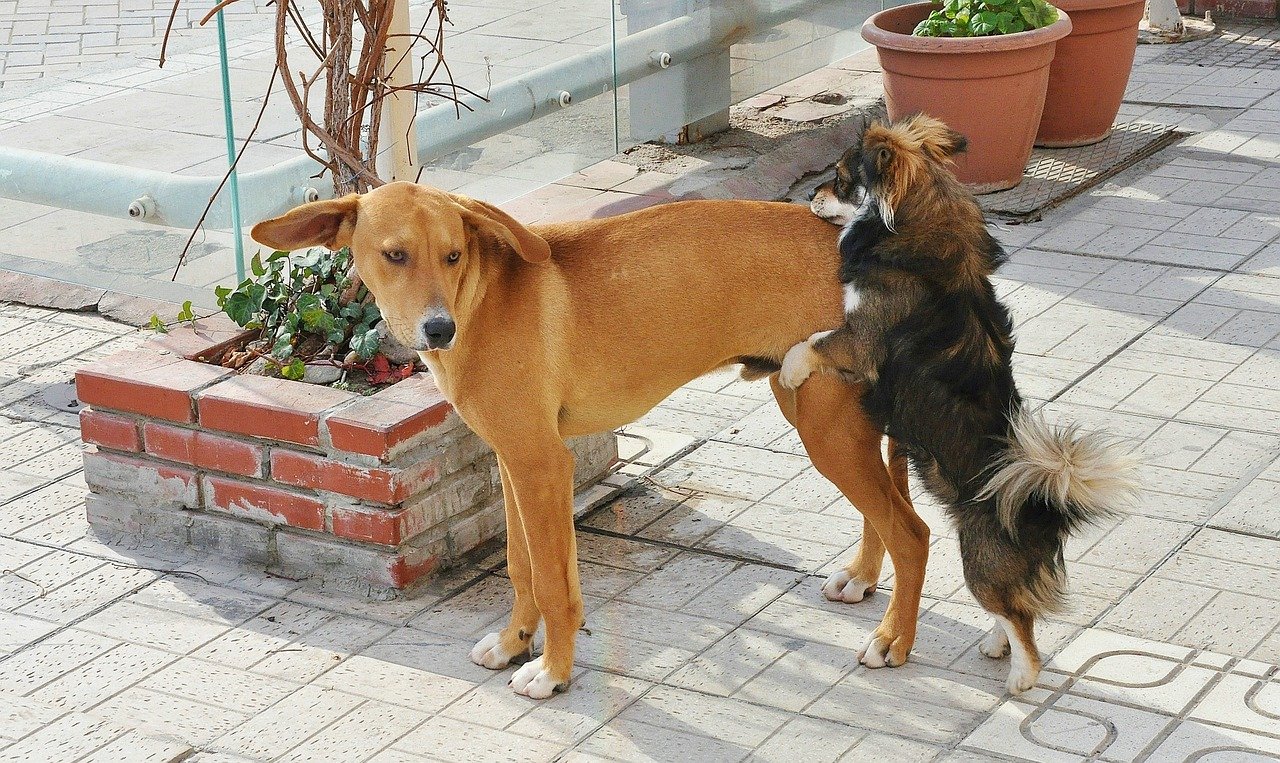 If you spay your female, she, too, will stay closer to home. And you:

• won’t have to deal with the mess that goes with having her in season.

• won’t have to worry about unwanted visitors camping on your property and lifting a leg against any vertical surface.

• won’t have to worry about accidental puppies, which are next to impossible to place in good homes.

• have a healthier dog with less chance of getting tumors of the mammary glands and infections of the uterus.

The disadvantages of spaying and neutering

Altering changes the hormones in the body. Some dogs that are altered develop hypothyroidism as they mature. Hypothyroidism can cause these problems:

Regardless of these disadvantages, we recommend neutering a dog that isn’t intended to be used for breeding simply because neutered dogs are so much easier to live with. For the males, neutering eliminates the stress they experience when they become aware of a female in season, makes training that much easier, and minimizes unwanted roaming. For the females, spaying eliminates the violent mood swings they can experience during their cycle.

Knowing when to spay or neuter

If you are going to spay/neuter your service dog, the minimum age is just when the dog reaches physical maturity.

To be more specific, when you have your dog altered, make sure the operation occurs at least one month apart from his rabies shot, which shouldn’t be given before 6 months of age. Until 6 months of age, the puppy is protected against rabies through the antibodies passed along in the mother’s milk. Don’t give your dog vaccines if he’s undergoing surgery because doing so can have long-term adverse effects. So if you decide to alter your dog, keep in mind that the dog (both sexes) should be at least 7 months old for the operation, but preferably a year depending on the breed. 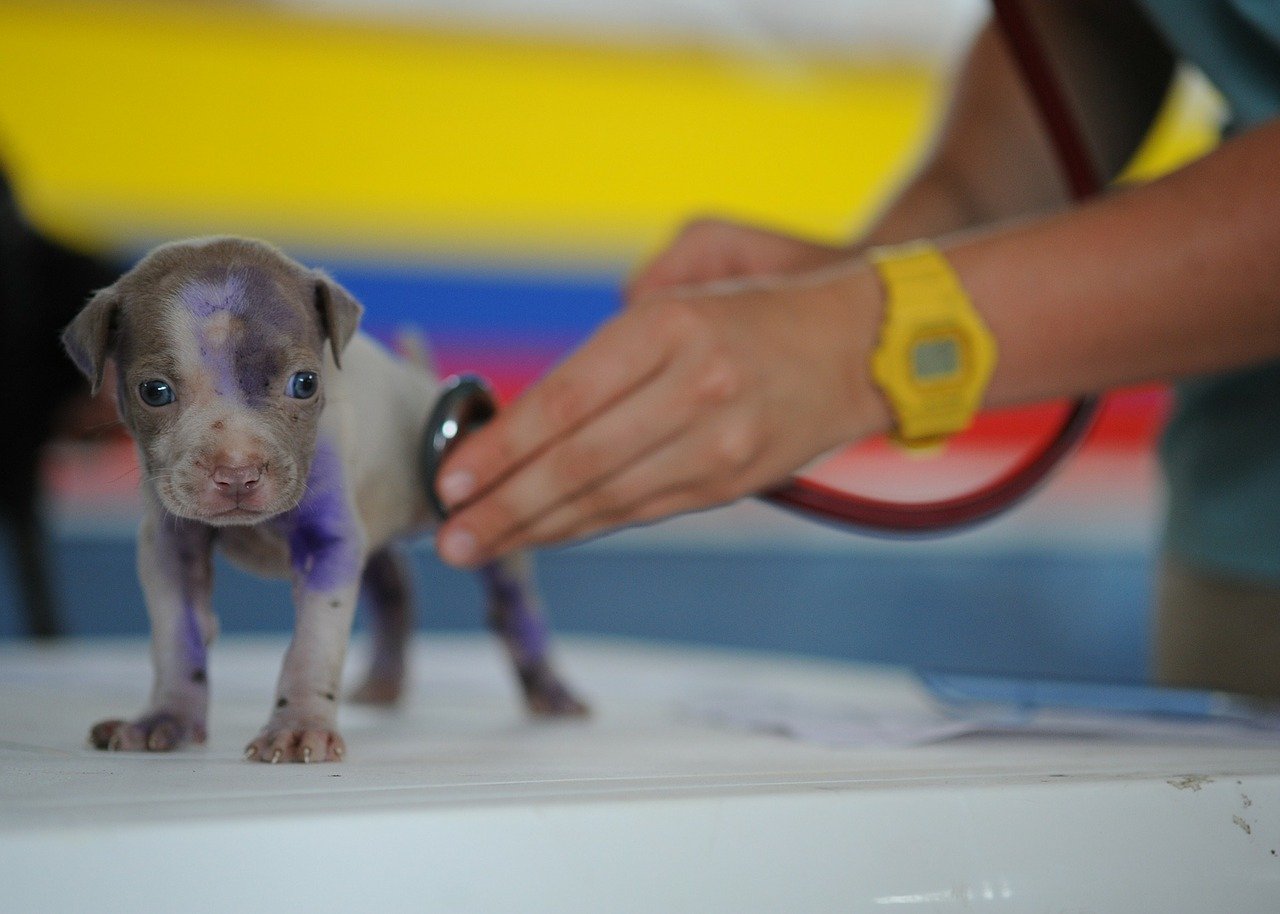 Depending on the female’s breed and size, she’ll go into her first season any time after 7 months of age. For example, if you have a Yorkshire Terrier, it’s apt to be sooner, and for a giant breed, it’s likely to be later, sometimes as late as 18 months of age. If you want a dog to show more adult behaviors and take on more responsibility — like being a protector or guard dog, training for competitive events, or working for a living — think about altering later.

A dog that hasn’t been neutered until after a year of age, or a female that has gone through two seasons, is generally easier to train for competitive events such as obedience or agility trials. Dogs have become fully grown by that time, are emotionally mature, have learned more adult behaviors, and can accept more responsibility.

Common misconceptions about spaying and neutering

As we mentioned at the beginning of the post, there are many misconceptions about dog spaying and neutering. Now let’s look at these one by one!

Dogs become overweight – just like people – when they eat too much and exercise too little, not because they are spayed/neutered. Your dogs will stay fit if you control their food intake and ensure they get regular exercise.

Misconception 2 Spaying/Neutering is not safe

Spaying/neutering are the most common surgeries in veterinary practices today. Your dog will experience relatively little pain and discomfort and, in most cases, will be back to normal activities within a few days.

Spaying and neutering have no influence on your pet’s personality. The procedures often increase the dog’s focus on you since they will no longer be busy finding a mate!

The procedures do not affect at all your dogs’ cognitive abilities. They will continue to engage, interact, and focus on learning new things as they did before spaying or neutering. 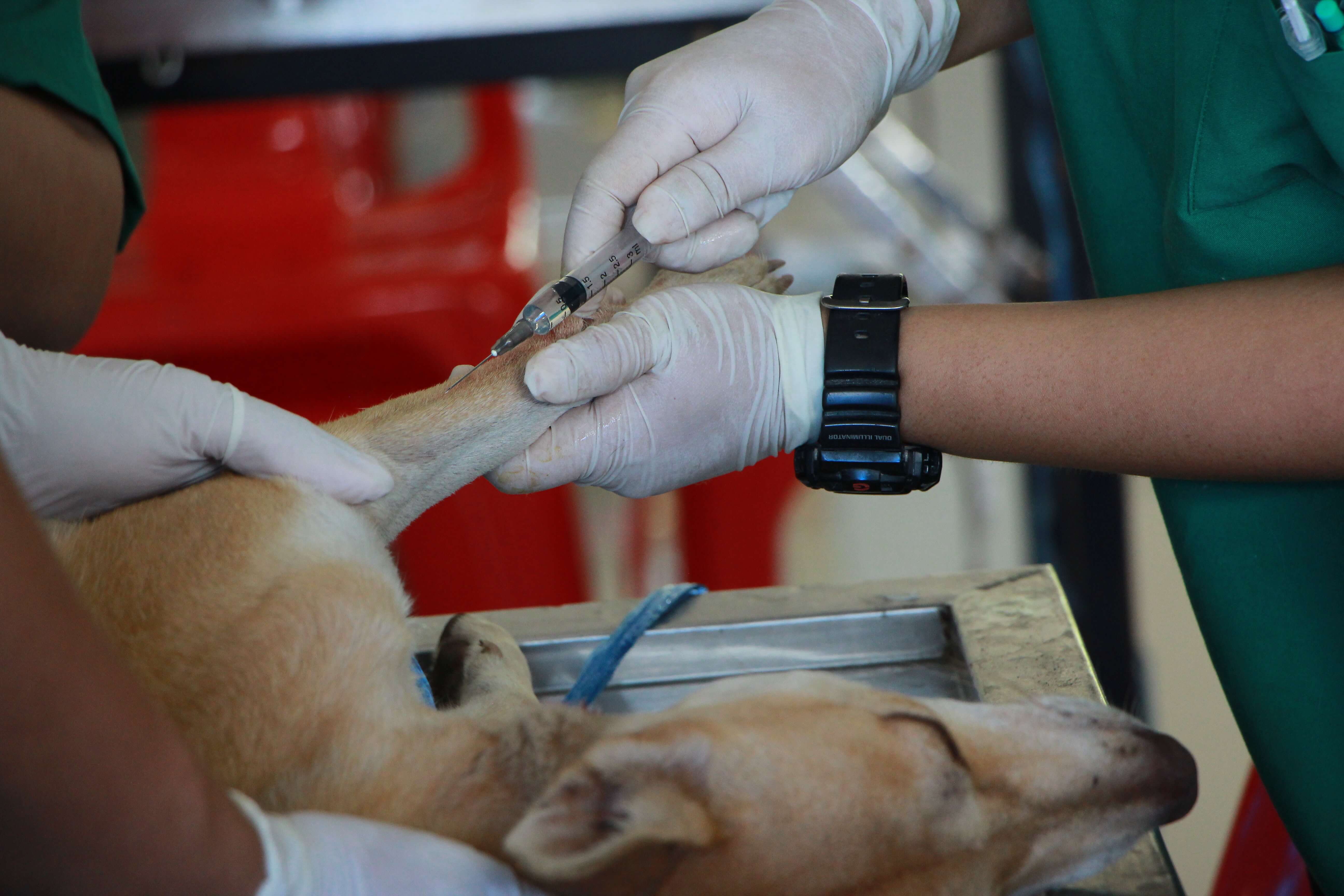 Therapy Dog Training: Everything You Need to Know

Can You Raise a Service Dog?

Can You Get a Service Dog for Migraines?

Can Chihuahua Be a Service Dog?

Difficulties That People With Disabilities May Encounter While...